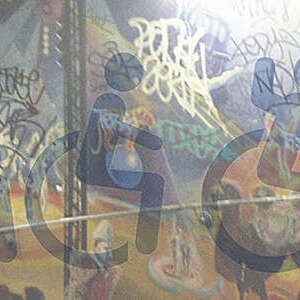 A group of artists has turned to their drawing boards, claiming it is time we redefine the iconic stick figure on a wheelchair that denotes accessibility to make it more active and empowering. This raises issues for ISO. Should we listen to these voices and rethink our time-tested standard, or do we stick to our guns and leave things as they are?

ISO has recently been featured on the likes of the BBC news and Huffington post with a surprising announcement: a call for a new wheelchair symbol. The familiar and widely used graphic we see in parking lots and public areas all over the world is in the midst of an art war.

A USA group that goes by the name of the Accessible Icon Project wants to give the symbol what they claim is a modern, more action-oriented lift. They find that, in its current design, the wheelchair overshadows its passive passenger. Their proposal, led by artist Sara Hendren, features a similar figure, but leaning forward and actively pushing his wheelchair. The “guerrilla art” gang is plastering transparent stickers bearing the so-called "Hendren design" over the traditional International Symbol of Access (ISA).

So, has the famous icon become infamous? Not quite, the designers just want to get people thinking and see their work as a metaphor for self-direction and self-determination. But this may be a sign that the well-known graphical symbol should embark on a new ride

The ISA has a long history. It was the result of a competition launched by Rehabilitation International’s International Commission on Technology and Accessibility, won by Danish student Susanne Koefoed in 1968. Her design was slightly modified to become the ISA and was incorporated soon after into the ISO 7000 collection of graphical symbols for equipment. It has been used to designate areas accessible to people with disabilities ever since. The landmark graphical symbol has helped raise awareness and visibility about the needs of people with disability. For those who rely on this information, it has come to symbolize a new freedom and ease of movement.

Yet today, many seem to think it is time for change. The Ontario College of Art and Design University and the Governor of Ontario recently launched an international competition to come up with a new design to submit to ISO (#AccessSign). Interestingly, the competition concluded that even the best submissions could not convey the complex needs of people with disabilities, with the Governor admitting that it was “far more complex than we thought”.

So what does the ISO committee on graphical symbols (ISO/TC 145) have to say about all this? We asked Barry Gray, Chair of the committee, to share his thoughts. Although he thinks Hendren’s design has many attractive features, he does not believe it is altogether appropriate as an indicator of accessibility.

“It makes you think of Paralympic athletes, of wheelchair races and speedy movements,” he says. “But the symbol has to work in static situations. Part of its job is to mark wheelchair spaces in public transportation or indicate refuge in emergency situations, as well as lifts and toilets.”

“The symbol also marks accessible routes, like ramps and lifts, not designed for speeding. I fear that the proposed symbol could give a misleading impression.”

The ISA symbol has passed the test of time, and people around the world know it well. It is not meant to be a reflection on people with disabilities, but a way to pass a message quickly and simply, something that, according to the BBC, even Hendren understands. “I don’t wear skirts a lot, but I go to the women’s rest room and the skirt on the woman in the icon means it’s not the men’s room. Is there a problem with that? Probably, but it’s shorthand that I make peace with so that I can travel and get places fast with my five-year old daughter who might need to suddenly bolt there.”

So if it works, do we need to change it?

Some argue that the ISA’s biggest drawback is that it is not representative of all disabilities. There are people who are not in wheelchairs but cannot use the stairs or may require a special parking spot. In the UK, for example, wheelchair users represent only 10 % of people with disabilities.

Barry agrees, but he thinks that, in this case, the symbol’s long history and instant recognition make up for it. “Most of us understand what it means,” he says. “And to date, no one has come up with a simpler or more inclusive alternative.”

Moreover, although the ISA may dominate accessible spaces, there are a number of other graphical symbols focusing on different disabilities and more are under consideration. For example, a symbol was recently introduced to indicate the availability of special assistance for, say, people with sight or cognitive difficulties.

If you are wondering who actually creates these symbols and are not familiar with the ISO system, you may be interested to know that they are developed by an international group of experts. Asked whether persons with disability are involved, Barry says, “We have had a wide range of people with disabilities serving in our committees over the years, and relevant charities have also been involved. Moreover, proposals for new symbols come from national standards bodies that are in close contact with their country’s disability groups.”

Revision is an important aspect of all ISO standards. As time and technology change, all standards are reviewed to ensure they are still up to date or appropriate. This also applies to graphical symbols. In fact, during the last revision of ISO 7001 for public information symbols, the committee decided to humanize the traditional stick figure to make it more user-friendly.

We asked Barry what he thought would be the implications of changing the ISA. “Most of the wheelchair symbols we see today rely on the ISA as a basis,” he explains, “even if they are modified to fit an organization’s identity. However, standards are voluntary, and although we hope people will use the ISO standard to facilitate understanding across countries and cultures, this is not mandatory.”

Barry says that there are currently no further plans to modify the symbol, but he has taken note of the proposals for change and will keep these discussions in mind when the standard is next revised. “A more ‘active’ symbol specifically to indicate accessible routes is a possibility but with legislation rightly demanding equality of access, the need will hopefully diminish.” It will then be up to the working group and ISO’s member bodies to make this decision. For the moment, the jury is still out on how this so-called guerrilla art war on wheelchairs will unfold.

Has the famous icon become infamous?

Some argue that it is not representative of all disabilities.
For the moment, the jury is still out.