Getting big on blockchain

New International Standards for blockchain help to facilitate a common understanding and support its adoption in a safe and secure way. 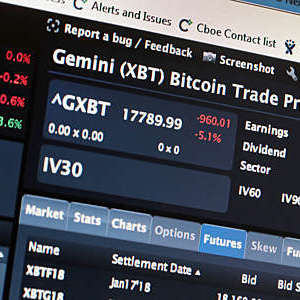 It’s the technology behind Bitcoin and its use has expanded far beyond its financial sector roots to nearly every other industry, from healthcare to agriculture. Expenditure on blockchain and digital ledger technologies (DLT) is tipped to amount to nearly USD 16 billion by 2023, but such rapid growth can give rise to risks and confusion, ultimately hindering its adoption. ISO’s new expert committee [1] on blockchain has published its first standards and documents to support the technology, with many more in the pipeline.

Blockchain is a shared ledger that is designed to be tamper-resistant and to create definitive and immutable records. It is attractive to many industries and governments as it records transactions in a transparent and secure way, thus increasing trust, limiting intermediaries and reducing costs.

However, blockchain’s rapid growth has led to a wide array of terminology that can be confusing for many. The recently published ISO 22739, Blockchain and distributed ledger technologies – Vocabulary, helps to resolve this issue by defining the basic terms relating to blockchain and distributed ledger technologies and providing a common language that can be used worldwide.

Emily Dawson, Manager of the committee that developed the standard, said there are also many other issues that need to be addressed, such as those related to governance and security.

“Concerns around the privacy of personal information, for example, are often seen as a major barrier to the adoption of blockchain solutions, so we have developed a technical report to provide clarity around that.”

Future standards and documents to be published by the committee include: