Weighing it all up 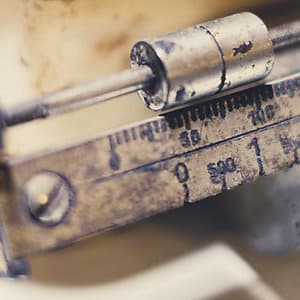 We’ve been using measurement since the beginning of time. Today, the world’s scientific community is making a fundamental change in how we measure things by redefining the kilogramme, the kelvin, the ampere and the mole, four of the seven base units of the International System of Units (SI). An ISO and IEC series of standards plays a crucial role.

Did you know that the humble kilogramme has, until now, been defined by an object that weighs… one kilogramme? And that the measurement unit of temperature – the kelvin – is based on an intrinsic property of water? While this has worked for centuries, the world’s leading scientists have found that, over time, these definitions have been shown to not be 100 % stable. So, today, they formally agreed that all of the measurement units will now be defined by constants of nature rather than physical objects – the biggest change in international measurement since 1875.

The definitions are consecrated in the scientific community’s bible, the SI Brochure, published by the Bureau International des Poids et Mesures (BIPM), in which the ISO and IEC 80000 series of standards, Quantities and units – published respectively by ISO and the International Electrotechnical Commission (IEC) – is referenced. The series provides the internationally agreed names, definitions and symbols of quantities used in science and engineering, and their corresponding units, thus guaranteeing a unified language and reducing the risk of error.

Measurement scientists from more than 60 countries met today at the General Conference on Weights and Measures (CGPM) held in Versailles, France, to ratify the redefinitions of the SI.

Also during the conference, ISO Secretary-General Sergio Mujica signed an updated joint declaration on metrological traceability to demonstrate ISO’s commitment to continued cooperation with the BIPM, OIML (International Organization of Legal Metrology) and ILAC (International Laboratory Accreditation Cooperation). The declaration stated that international consistency and comparability can only be guaranteed if measurement results are metrologically traceable to internationally recognized references, and thus is fundamental to all four organizations.

Commenting from the four-day conference, Mujica said the decision to redefine four of the seven base units for the SI was an historical breakthrough.

“The adoption of standardized measurements is what has created the global economy – impacting every aspect of science and engineering,” he said.

“This redefinition means we no longer have to rely on physical objects for measuring accurately. This will have a huge impact on the world by accelerating innovation and reducing the costs of technological development. It will advance measurement science for generations to come.”

The ISO and IEC 80000 series of standards underpins the international harmonization of terms, definitions and symbols of quantities and units used in science and engineering and thus guarantees a unified language and writing of formulae. It reduces the risk of error and facilitates and encourages communication between scientists and engineers of many disciplines.

Referenced in the SI Brochure, the series consists of 13 different parts, featuring 11 from ISO and two from the IEC. It gives terms, definitions, recommended symbols, units and any other important information related to quantities used in science, engineering, metrology and industry. Moreover, it provides a reference for those writing scientific or technical documents, textbooks, standards and guides.

The ISO and IEC 80000 series is available from your national ISO member or through the ISO Store.

Learn more about the redefinitions of the International System of Units in this informative video.