ISOfocus flies high in the latest issue on aviation

Flying is more popular than it has ever been. Once seen as a luxury that only a privileged few could afford, air travel has become a genuine form of mass transport over the past few decades. 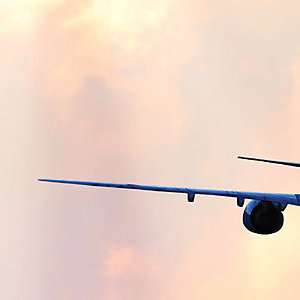 According to a report from the International Air Transport Association (IATA), passenger numbers are likely to surge in the next couple of decades. IATA expects 7.2 billion passengers to travel by air in 2035, a near doubling of today’s 3.8 billion level. Its projections are published in the Group’s 20-Year Air Passenger Forecast report. It is a remarkable statistic, the more so given the future standards that will need to be developed for the industry during that period.

ISO has just released its January/February 2017 issue of ISOfocus. Aptly entitled “Our flightpath to the future”, it covers the most pervasive and ubiquitous trends and opinions. To bring some perspective to this term, we spoke to several leaders in the aviation arena for their thoughts on the industry – on its survival and the new and emerging trends that are fuelling its growth.

Alexey V. Abramov, Head, Federal Agency on Technical Regulating and Metrology of the Russian Federation (Rosstandart), explains in his opening comment: “Today, standardization in the aviation sector faces a number of challenges as aircraft manufacturers are pushed out of their comfort zone of intra-industry competition.”

Referring to the sector’s use of multiple standards bodies and consortia, Abramov says that only ISO can (and should) be the leader of standards development at this new stage in the aviation industry. “For only ISO/TC 20 can work closely with all these organizations – pooling the efforts of high-level experts from across the globe – to ensure interoperability and avoid duplication.”

So how are the big players tackling the challenge of meeting the rapid growth in air traffic? What steps are they taking to meet major challenges – safety, convenience and environmental sustainability – that concern the industry as it heads into the future?

The latest ISOfocus offers a forward-looking view of the air transport sector’s evolution, accounting for factors such as passenger growth, technology trends, development of new materials and, ultimately, highlighting the demand for standards.

But which of them are really ready to fly and which need more time in the hangar before they can take off? Indeed, the old cliché about there being a million parts in an airplane is truer now than ever. But those million parts are only a fraction of the story behind how the aviation industry will evolve – and what standards will be needed. Read the latest ISOfocus to learn more.